Today's court victory by Harry Miller of Faircop is a huge relief to those of us who ALLEGEDLY  have one of these stupid NCHIs on their police record.  I was told I had one by the editor of the Morning Star.

After FOI and SAR requests, complaints to police chief and PCC and numerous legal letters from the FSU, A&S police STILL refuse to either release information to me, or state that they do NOT hold an NCHI against me.

As the Judge said, just the existence of these things has a " chilling effect" on public discourse, and on freedom of expression.  Here is my cartoon, for which I allegedly have an NCHI. Just as with Harry Miller, this was a legitimate journalistic comment, in my role as political cartoonist for a national newspaper,  on the proposed reform of the GRA2004 and the risk to women's safe spaces. 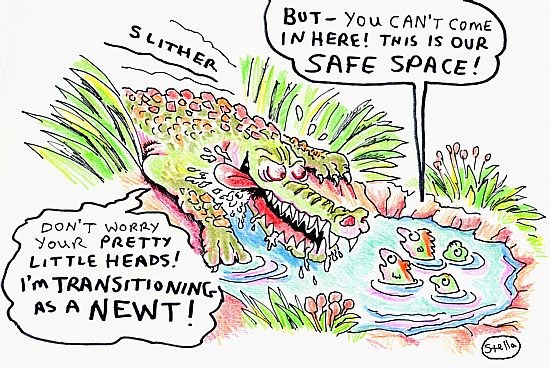